Get fresh music recommendations delivered to your inbox every Friday.
We've updated our Terms of Use. You can review the changes here.

by Gordon Grdina's The Twain feat. Dōjō and Kōichi Makigami 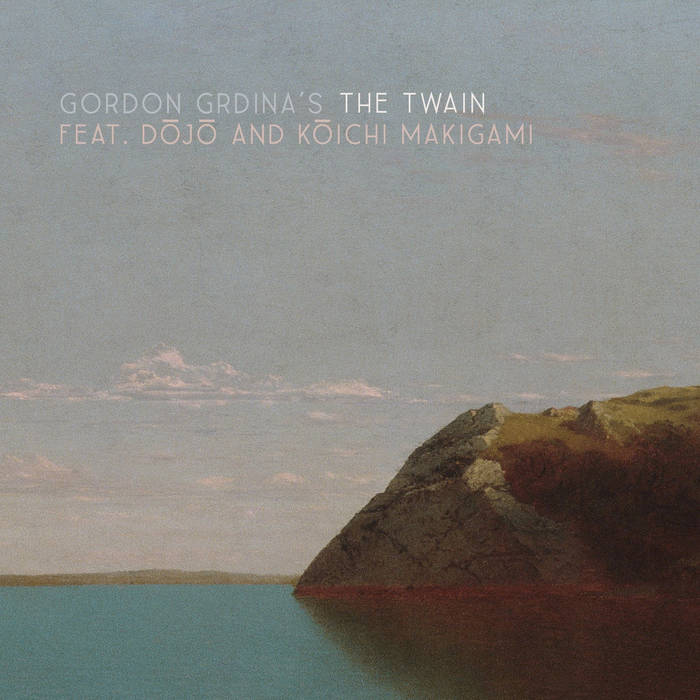 GORDON GRDINA
The Twain
The Black Dot LP
Although The Black Dot/White Spot performance space in Nanaimo, BC has now passed into legend, The Black Dot label continues apace. To prove this we offer you, The Twain, an extraordinary album helmed by BC-based string maestro, Gordon Grdina, whose Square Peg combo's debut LP was The Black Dot's first release.
This new project came about when Gordon encountered Michiyo Yagi's Trio, the Far out East - Improv Japan at the 2016 Jazztopad Festival in Poland. With Yagi on koto, Tamaya Honda on drums, and Koichi Makigami on vocals, the sound was beyond belief. Yagi and Honda regularly play as the duo DOJO, and their communication happens on a molecular level, giving their music a wild sense of freedom while maintaining clarity and forward-moving power. The vocals of Makigami (whose avant credentials stretch back as far as the Tokyo Kid Brothers) added an absolutely otherworldly element to the whole, as anyone who has seen him perform will surely attest to.
Gordon was blown away, and knew he wanted to figure out a way to collaborate with this crew. Plans were laid, and eventually a session came together at Tokyo's GOK Studio in 2019. Three hour-long sets were recorded. One with Gord and DOJO, another with Gord and Koichi, and a final one with all four. These three hours were boiled down and edited into shorter segments. So what we have here is la creme de la creme.
Things are blazing from the very start. Gord and Michiyo’s work together the way Larry Coryell and Sonny Sharrock's did on the wilder parts of Memphis Underground. It's like a Vulcan Mind Meld style jam, conducted by the ghost of Jimi Hendrix. Honda's drums are tucked in there with a kind of free rock mass so huge it's hard to get your head around. And Koichi's vocals -- ranging from gibbered sound poetry to the peeps of twenty happy babies -- are akin to instructions being beamed in from alien galaxies.
Taken together, these four musical voices all manage to remain distinct while at the same time conjoining for a kind of Fifth Mind synergy that will blow your mind for good. There are some talks of possible live shows in the coming year, but these will probably be in Japan. So the closest many of us are likely to get is this goddamn wonderful LP. For now, that will be have to be enough. We're lucky it's such a monster.
--Byron Coley

Bandcamp Daily  your guide to the world of Bandcamp

Semiratruth joins the show to discuss their latest release, "loading..".